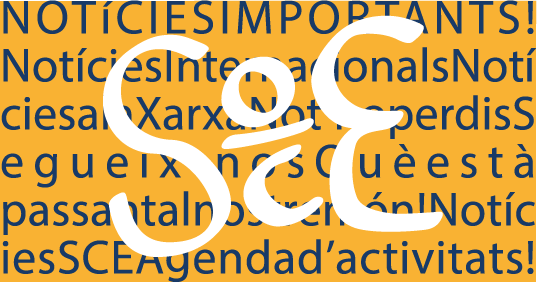 Multiple efforts have been made in the publishing field to avoid fraud and disseminate relevant information to allow the scientific community to progress.  Transparency in the publishing process started with the guidelines on authorship contribution in the early eighties by the International Committee of Medical Journal Editors and the suggestion of creating an international registry of clinical trials by Simes RJ. In the clinical trials setting, an increasing demanding environment exists towards transparency with the obligation to publish all the clinical trials, except Phase I, into clintrials.gov within 21 days after first patient first visit, and once the compound is approved by the FDA, results from subsequent trials must be published within one year of last patient last visit and 30 days after the approval for previous unpublished trials. Also, there is an EU clinical trials registry (Eudract & EU-CTR), and the EU guideline on clinical trial data and transparency is expected to be released for consultation in 2013. More recently, Alltrials campaign is pursuing the disclosure of all the Clinical Study Reports with BMJ announcing that clinical trials will be published only if the company is committed to “make the relevant anonymised patient level data available on a reasonable request”, and GSK further stated that they will give access to detailed anonymised patient level data after their previous issue with paroxetine.

“But to be kind, for the sake of completeness, and because industry and researchers are so keen to pass the blame on to academic journals, we can see if the claim is true… Here again the journals seem blameless:
74 manuscripts submitted to the Journal of the American Association
(JAMA) were followed up, and there was no difference in acceptance for significant and non-significant findings.” Bad Pharma, p34.

A central argument in Ben Goldacre’s recent book Bad Pharma is that although trials with negative results are less likely to be published than trials with positive results, the medical journals are blameless:
they are just as likely to publish either. I show, however, that this is based on a misreading of the literature and would rely, for its truth, on an assumption that is not only implausible but known to be false, namely that authors are just as likely to submit negative as positive studies. I show that a completely different approach to analysing the data has be used: one which compares accepted papers in terms of quality. When this is done, what studies have been performed, do, in fact, show that there is a bias against negative studies. This explains the apparent inconsistency in results between observational and experimental studies of publication bias.

Rosa Lamarca holds a PhD in Health Life Sciences of the Pompeu Fabra university (UPF). She graduated in Statistics at the Polytechnic University of Catalonia, and obtained a Master of Science in Applied Statistics at the Sheffield Hallam University. She is currently head of Clinical Statistics at Almirall in Barcelona. She worked as an investigator in the Health Services Research Unit at the “Institut Municipal d’Investigació Mèdica” in Barcelona from 1995 till 2001. She was professor of the master program in Public Health at UPF during 7 years, and associate professor of ESADE’s MBA program during 3 years.
She has published several articles in specialized journals and was Spanish delegate at the European Federation of Statisticians in the Pharmaceutical Industry from 2003 till 2005.

Stephen Senn is researcher at the Competences Center for Methodology and Statistics in Luxembourg. He has extensive experience in both academia and industry. As a former Professor of Statistics at the University of Glasgow, former Professor of Pharmaceutical and Health Statistics at University College London, statistician with the National Health Service in England and within the Swiss pharmaceutical industry, he is recognized worldwide for his studies in statistical methodology applied to drug development. He has been the recipient of national and international awards, including the 1st George C Challis award for Biostatistics at the University of Florida, and the Bradford Hill Medal of the Royal Statistical Society. He is the author of the monographs Cross-over Trials in Clinical Research (1993, 2002), Statistical Issues in Drug Development (1997, 2007) and Dicing with Death (2003), as well as numerous scientific articles published in internationally recognized, peer-reviewed journals. Professor Senn is a Fellow of the Royal Society of Edinburgh and an honorary life member of Statisticians in the Pharmaceutical Industry (PSI) and the International Society for Clinical Biostatistics (ISCB) and has an honorary chair in statistics at University College London. For more information on his research click on:
http://www.crp-sante.lu/Competence-centers/Methodology-and-Statistics.